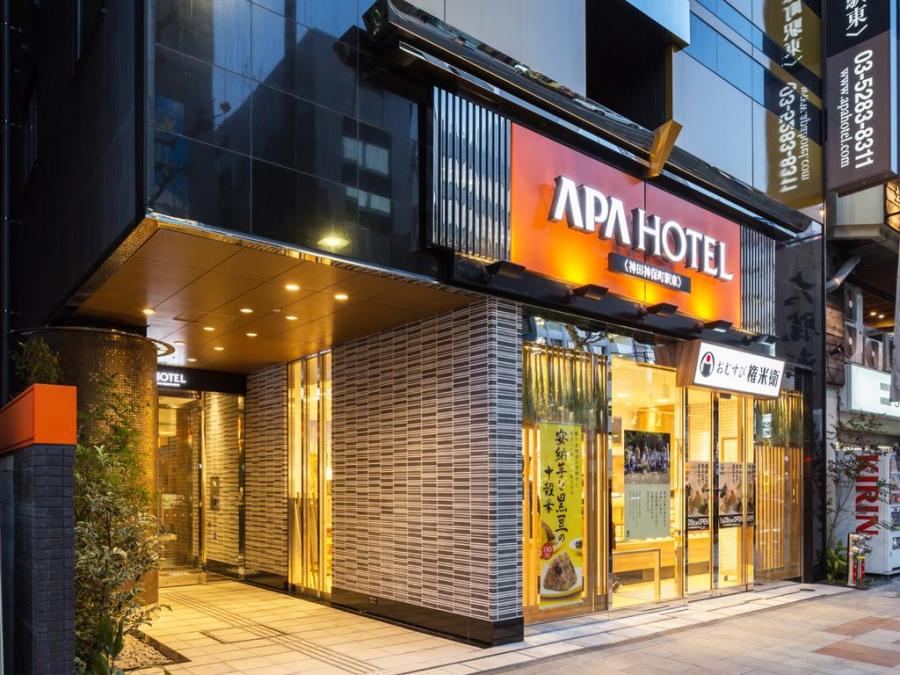 Keep in mind, you’re in Tokyo. This was the smallest room I have ever stayed in but it was super clean, the staff was incredibly friendly, and breakfast was amazing.

Our first meal in Tokyo was at Ramen Thank, which was right down the alley from our hotel. We did not realize that you used a vending machine on the wall to order and pay and the employee helping us did not speak English. I asked, “eigo ga wakarimasu ka” to which he responded, “sukoshi.” It was confirmed, all I had was hand motions and pointing at my disposal. Well, I actually had the Google Translate app on my phone but I was too hungry and jet lagged to remember. He was so nice and suggested ramen dishes for us. Along with our tasty dishes we were given bibs to tie around our necks, which seems to be common practice at noodle shops because it can get a bit messy slurping noodles in broth or dipping noodles in broth to then slurpe. Find directions here.

On the same side of the street as our hotel was Ochanomizutaishouken. This restaurant served the best ramen and had an English menu. I ate dip ramen and Matt had ramen with pork. Find directions here. The online review I found later did not give it five stars but I give it five stars.

APA Hotel Kanda-Jimbocho-Ekihigashi had a small restaurant attached. That is where we ate breakfast. We had the option to include breakfast in our hotel reservation. It was worth the extra money (which wasn’t very much). 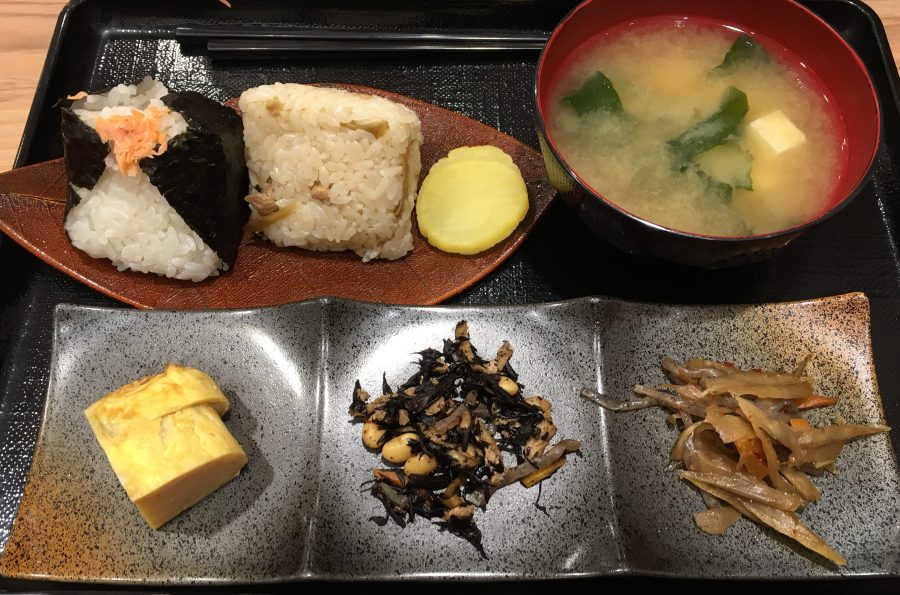 I think the Mitsukoshi Department Store in the Ginza District is where we ate milk (vanilla) ice cream. Along with that coffee and ice cream shop, the first floor featured tons of counters selling beautifully packaged Japanese sweets. Visit the basement of Matsuya Ginza Department Store and you will find food.  On the bottom two floors of the department store were a fancy food/gift section and a supermarket. Pick up some osenbei (rice crackers), mochi, and some bread from Bread Story. Find directions here.

Tokyo is where my grandmother grew up, so I had some expert advice when it came to food and some sightseeing.

Here is a two-day itinerary that is actually possible to follow without completely exhausting yourself. These are just the sights that were most important to me. There are so many wards and districts that we did not have time to include in our visit. We got behind the first day because we had our pocket wifi delivered to our hotel. Without Google maps it took us longer to find our hotel than we had planned. You need a Pocket Wifi. It is cheap and makes navigating Japan so easy. They will mail it to the airport you arrive at or to your hotel and provide you with a prepaid envelope so you can drop it in the mailbox at the airport before you leave.

We missed the Ueno Zoo (Asakusa District, Chuo Ward) and the Tsukiji Fish Market (Tsukiji District, Chuo Ward). We took it easy after unloading our luggage and pushed our DAY 1 activities to DAY 2. Day 2 was a long day but it didn’t feel that way. I had no idea till later that we had walked 15 miles that day. Remember, you can use public transportation, we just kept walking. We were not in Japan long enough to justify ordering a JR Pass before we left for our trip. However, if you will be using a lot of public transportation and plan on being in Japan for a while, you might benefit from the JR Pass. Read more here.

We used Pasmo. After we arrived in Tokyo, before we left the airport, we visited the Pasmo counter. There we purchased and loaded our Pasmo cards. At the airport, Pasmo cards come with a certain amount already loaded on the card (I think it was $30) and require a deposit of $5 which you are refunded once you turn the card back in (we kept ours as souvenirs)’ which you can do at any train station or the airport. We reloaded as we needed (which wasn’t too often because public transportation is cheap) and it worked out great and we didn’t end up overspending on public transporation. The Pasmo, like the JR Pass can be used throughout Japan. However, the JR Pass only works on the Japan Rail nationwide network (there are other modes of transporation that you may use that JR does not own or operate). Pasmo works for all public transport and stores like Seven Eleven.

The East Gardens of the Imperial Palace

Hibiya Park (near the American Embassy) 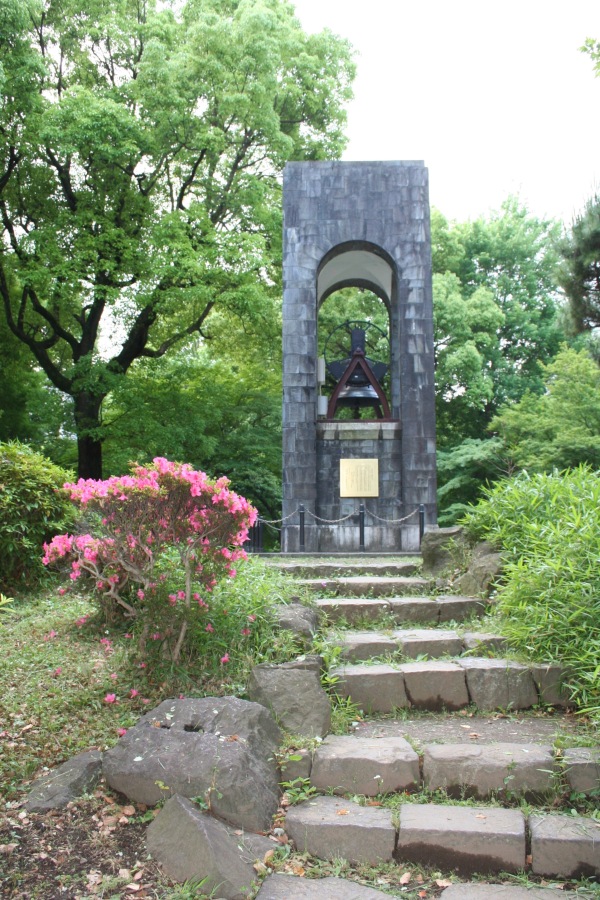 Tokyo Tower (no ride to the top) 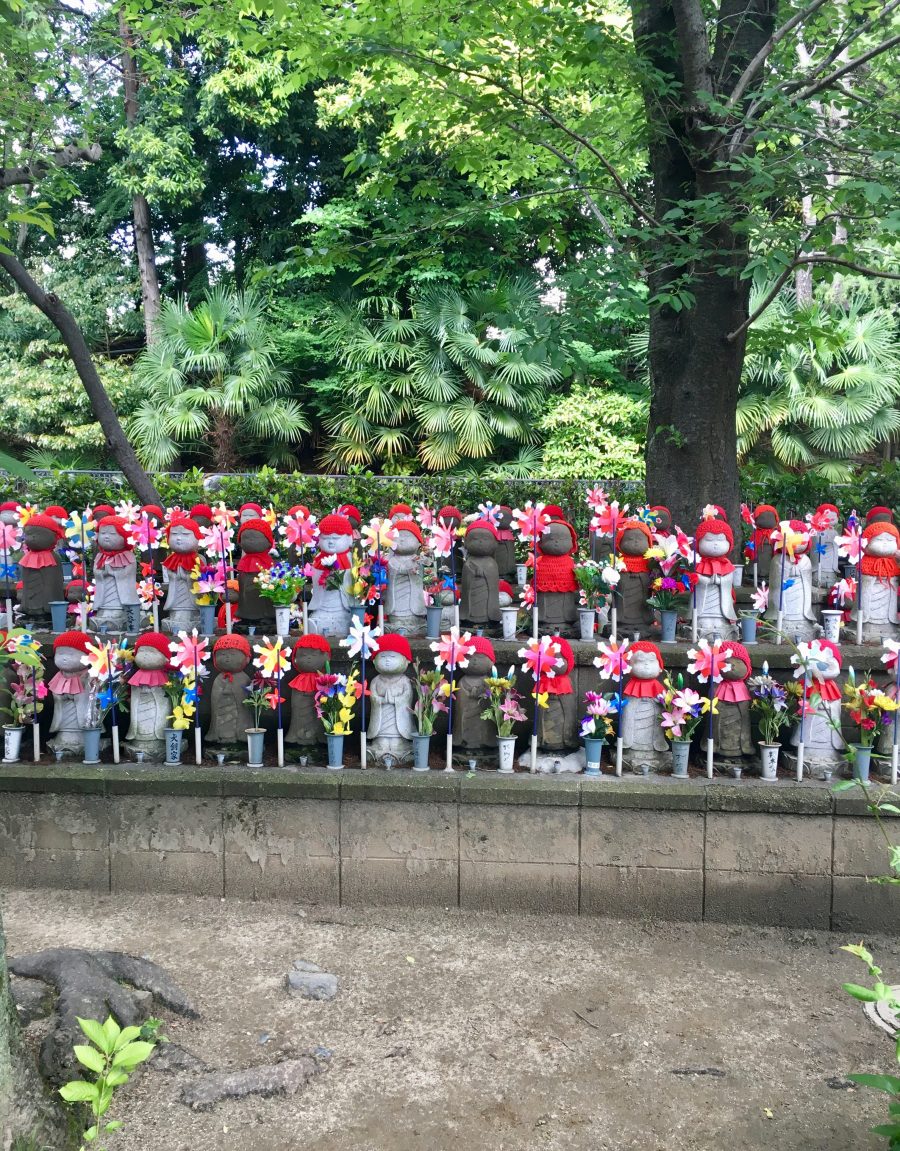 We missed the Ueno Zoo (Open 9:30 AM-5:00 PM). If you are not a museum person, the Ueno Zoo may be more up your alley. The Ueno Zoo is in the Taitō Ward in Ueno District. We spent most of our time in the Chuo and Minato wards because that is where my grandparents spent most of their time and I wanted to see the places they used to go. There are so many wards and districts within those wards that we did not have time to explore.